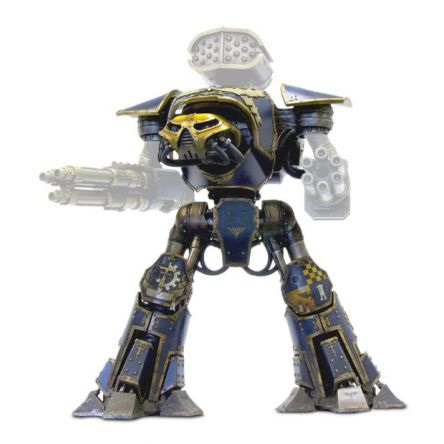 A gargantuan war machine that carries the Ommnisiah’s wrath into battle, the Mars pattern Reaver Titan is one of the most common and destructive classes of Battle Titan. Armed with devastating weapons and able to crush enemies under its tread by the score, the ground shakes as the Reaver advances and the enemy is left with a choice: flee or die.

This extremely detailed model of the Mars Pattern Reaver Titan includes a crew of a Princeps and two Moderati, a Tech Priest and three hard wired Weapon Servitors.